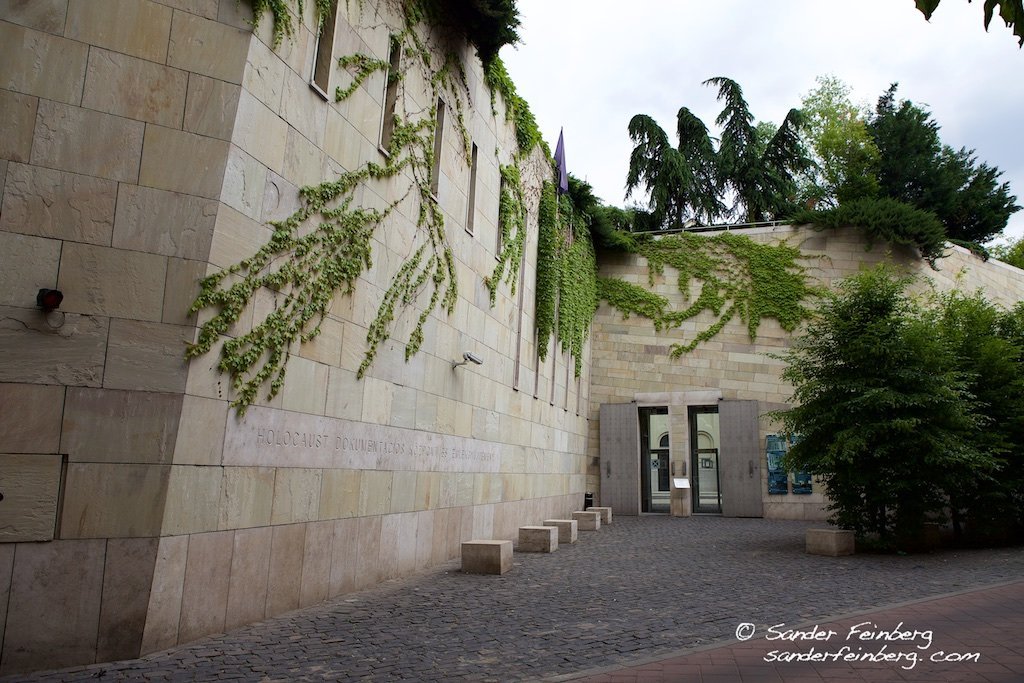 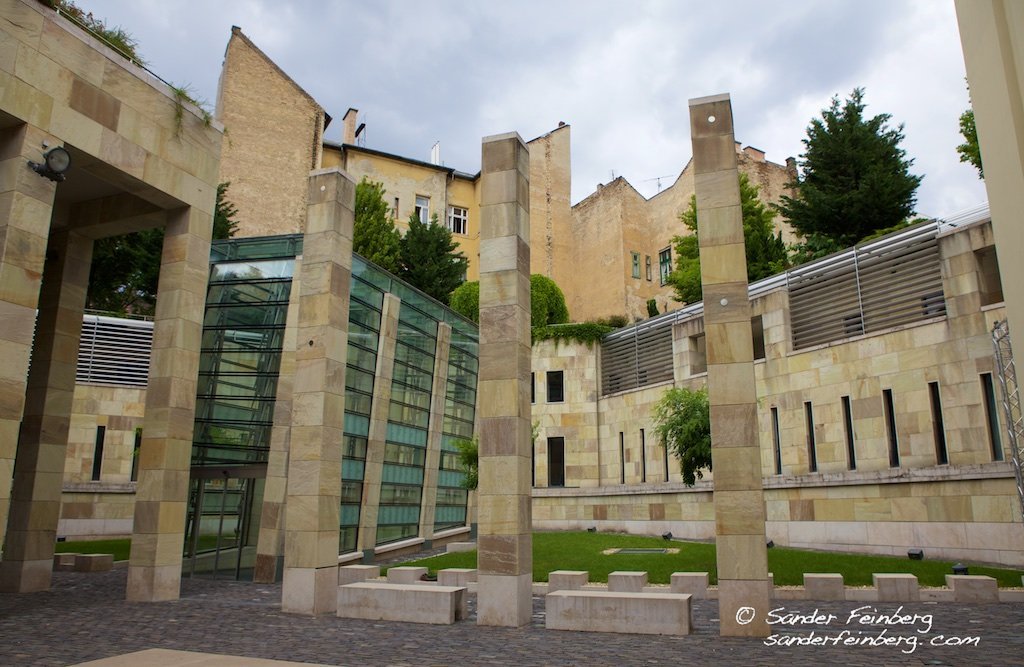 Amethyst and I have been to Budapest twice. On our first trip I did not know I had any living relatives in Hungary, believing that they all had perished in the Holocaust. During that trip we visited the city of Sárospatakin northern Hungary where some of my Hungarian ancestors were from.  You can read about that visit on the page describing the Sárospatak Jewish Cemetery. When I posted photos of our visit I received an email that changed my life and lead to uncovering previously unknown family history.

Ervin Foldi wrote me and said he had met my grandparents in the early 1970s in Budapest and he believed we were cousins. I will be writing more about this wonderful discovery of new family in future posts. For now I will say that Amethyst and I were overjoyed to meet our Hungarian cousins and spend time with them in both New York and Budapest.

On our first trip to Budapest in 2007, we were not able to visit the Holocaust Memorial.

On this trip, in 2013, we had planned for our granddaughter to meet us in Budapest since she was already traveling in Europe. She was very interested in seeing the museum, so our cousin Eva took us all for a visit.

Toward the street an archway, separated by a stone wall, has been erected, communicating outward protection, and inward underlining the eternity of the Memorial Wall. The emphasis is on evoking the silence….

The symbols of architecture suggest that everything here is beyond the normality, as the Holocaust itself is unexplainable within human history. The glass hall of the entrance leading to the permanent exhibition is also supported by tilted pillars. …  I see the murdered as a symbol of thousands of years of constant struggle for survival, endurance, and wished to generate the same image to the visitors…. 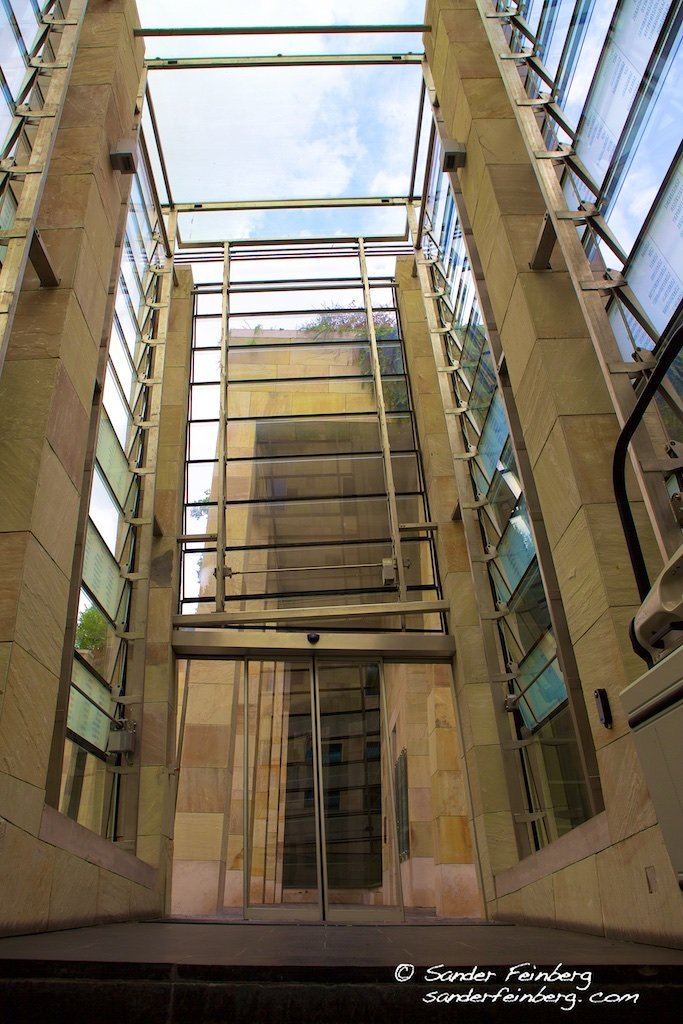 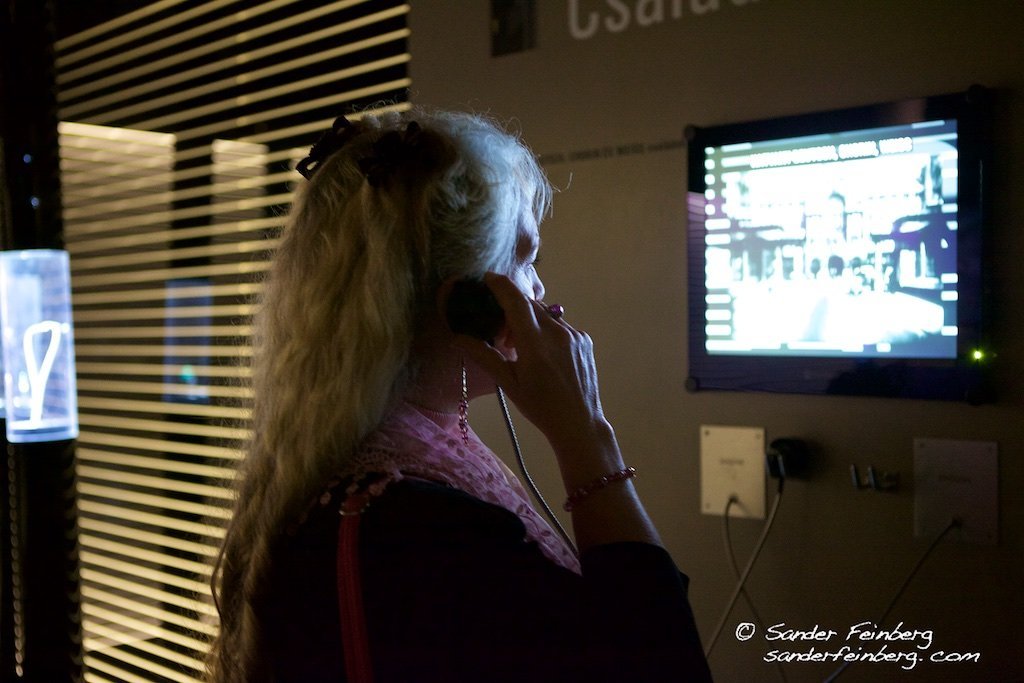 The exhibit on display showed the lives of three families over the decades prior to World War II and then described what happened to them as the war unfolded. As I recall there was a rich Jewish aristocratic family, a middle-class Jewish family who owned a shop and a Roma family.

It was especially personal and moving to see the lives of real people before the war. Then as the Fascists took over Hungary, laws began to severely limit their lives. Then persecution began, ending as you know in the death camps. 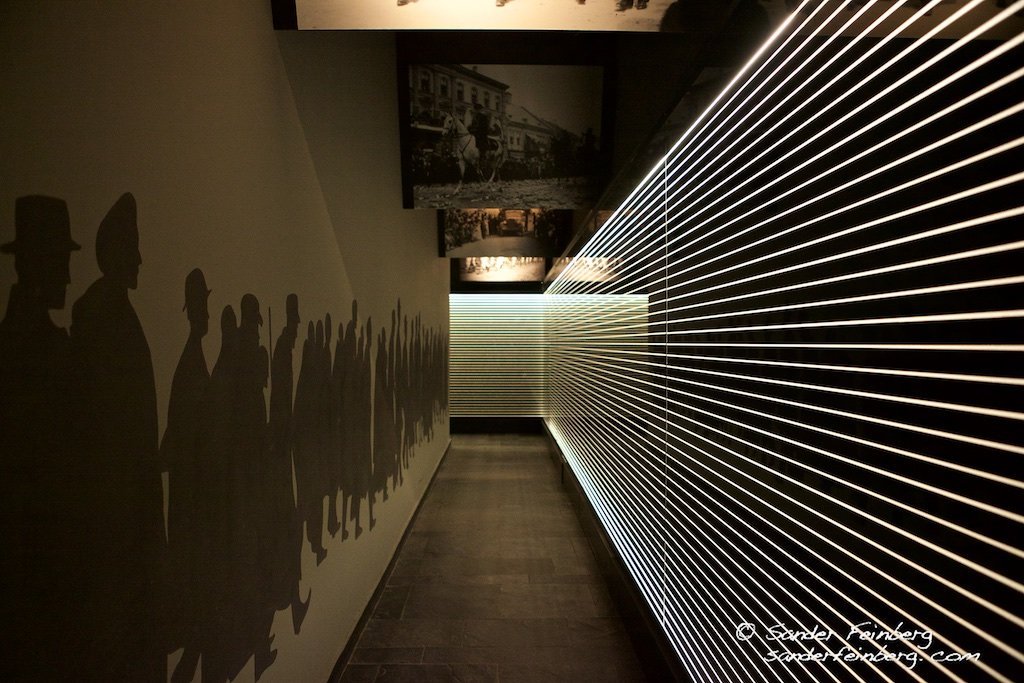 The corridor in the photo was darkly lit. There was the constant sound of footsteps as we walked around. An eerie feeling that we were being taken away. 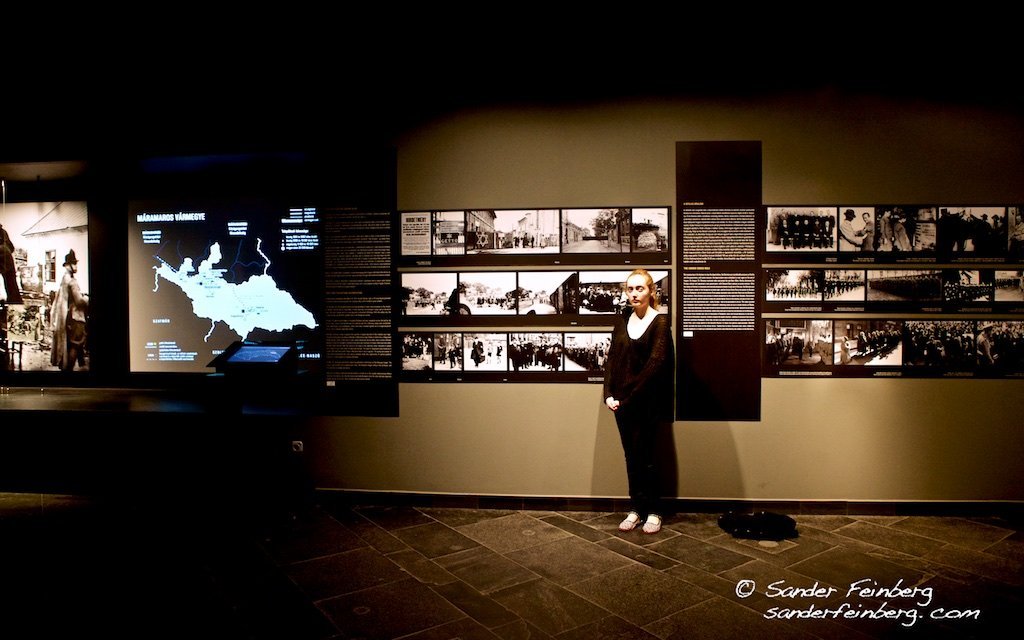 In the next hall were many photos depicting the terrible conditions of those who were captured. Our granddaughter, Dylan, is standing in front of one of the walls of photos.

Even though Amethyst and I knew quite a lot about the Holocaust, we learned a lot about the suffering of the Hungarians. As you can imagine it was a very emotional experience for all of us. I encourage you to visit to learn more for yourself.

As we exited the dark exhibit area we entered the beautiful Páva Street Synagogue. It was a great contrast of light and beauty to the darkness we had just witnessed. Click the photos below to see the synagogue and view the tributes to some of the people who perished.