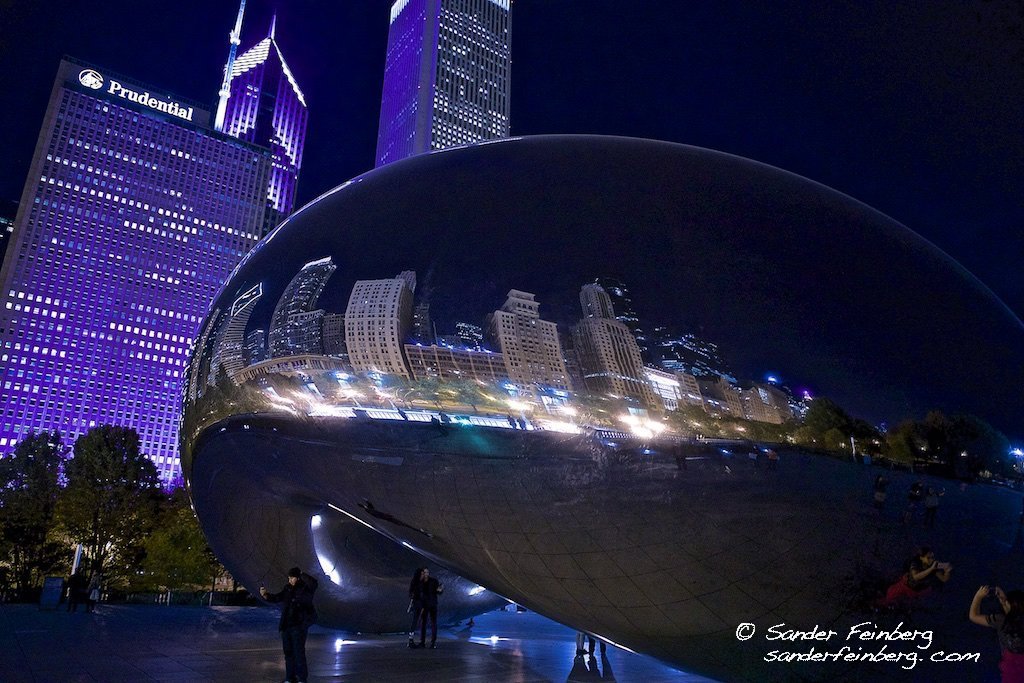 “Chicago, Chicago I will show you around”

I was in Chicago for a business meeting a few weeks ago. My friend graciously invited me to spend the weekend.

I had not been in Chicago in over 20 years. Way back in 1968-1970 I made several trips including the 1968 Democratic Convention and heard The Who give a live performance of “Tommy.” Later in the 1980s I went on business many times but rarely had time to be a tourist.

So I was happy to accept the invitation. Most of my time was spent in the Field Museum and at the Art Institute of Chicago. Here is an eclectic collection of photos from my wanderings, particularly at night. When you open the galleries into large size you can see some captions on the locations. Here is a list of some of the sites I recommend.

I stayed at the Chicago Athletic Association Hotel which has a fascinating history going back to the 1890s. It is no longer a club but rather a wonderfully restored hotel.

“With echoes of billiard balls, poker chips, and clinking glasses frozen within its walls, this 1890’s Venetian Gothic landmark in the Chicago Loop springs back to life as an incomparable historic downtown Chicago hotel—where the spirit of play reigns supreme.

After all, this is the city where the can-and-will-do attitude of Ernie “Let’s Play Two!” Banks lives on, where the father of Chicago blues, Muddy Waters, shook all night long at the Checkerboard Lounge, and Sir Duke tickled the ivories at The Blue Note.

And this is the club whose historic members swam with five-time Olympic gold medalist Johnny Weissmuller—a.k.a. the original Hollywood Tarzan—and watched their fellow member Pudge Heffelfinger own so much end zone, he became football’s first pro.” 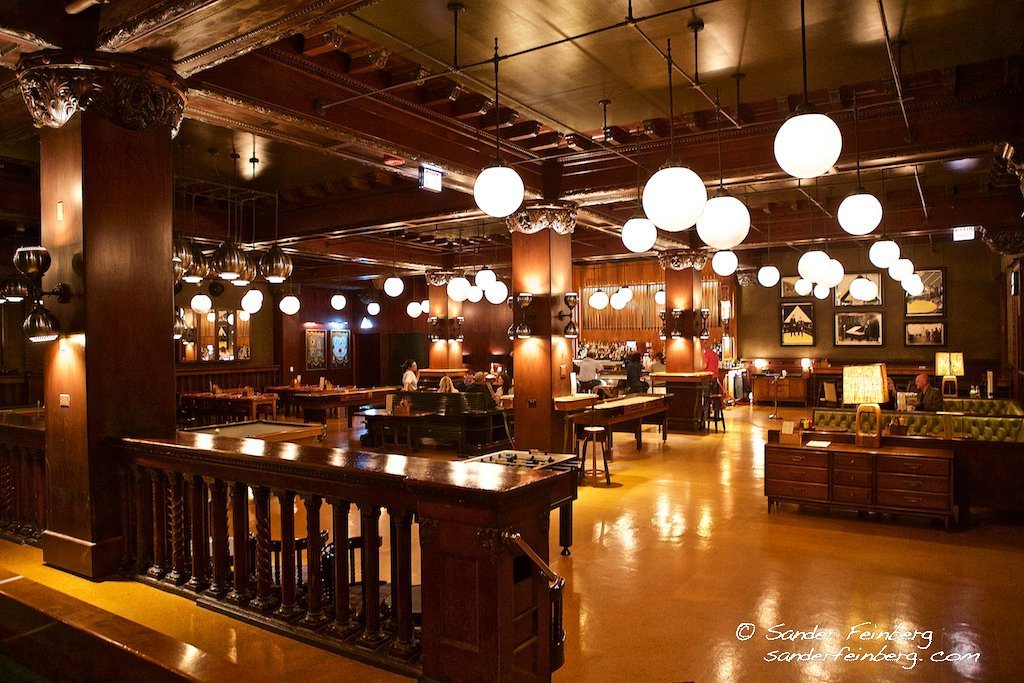 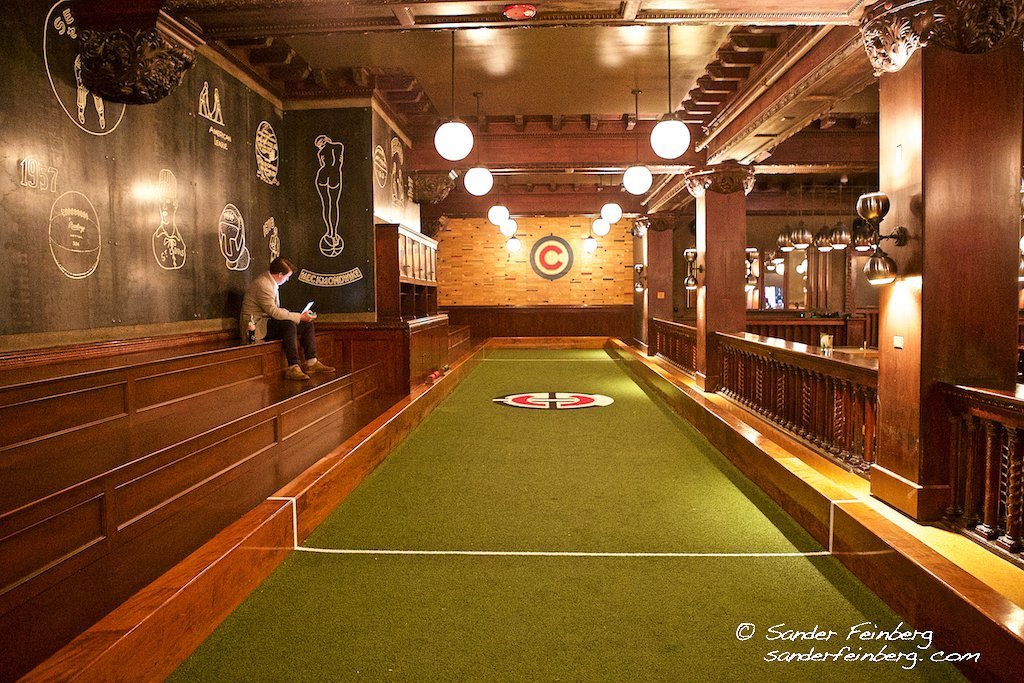 Here are some photos from the wonderful exhibits at the Field Museum. It is now one of my favorites.

I was able to see a display of the Terracotta Warriors from Emperor Qin Shihuang’s Mausoleum Site from the Museum of the People’s Republic of China. “China’s First Emperor, Qin Shihuang, planned to spend his afterlife buried in a palatial tomb, surrounded by all his worldly treasures. To guard his mausoleum, he commissioned an army of terracotta warriors unlike anything seen before or since.” 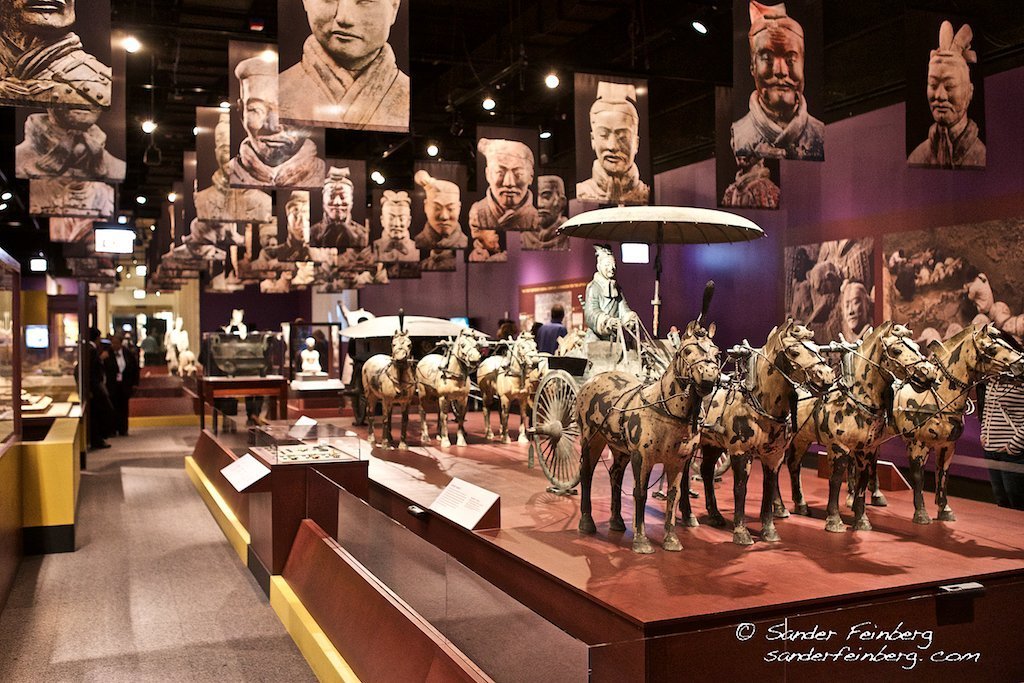 They were originally fully painted. There are two replicas which scientists believe are painted in colors very close to the originals. 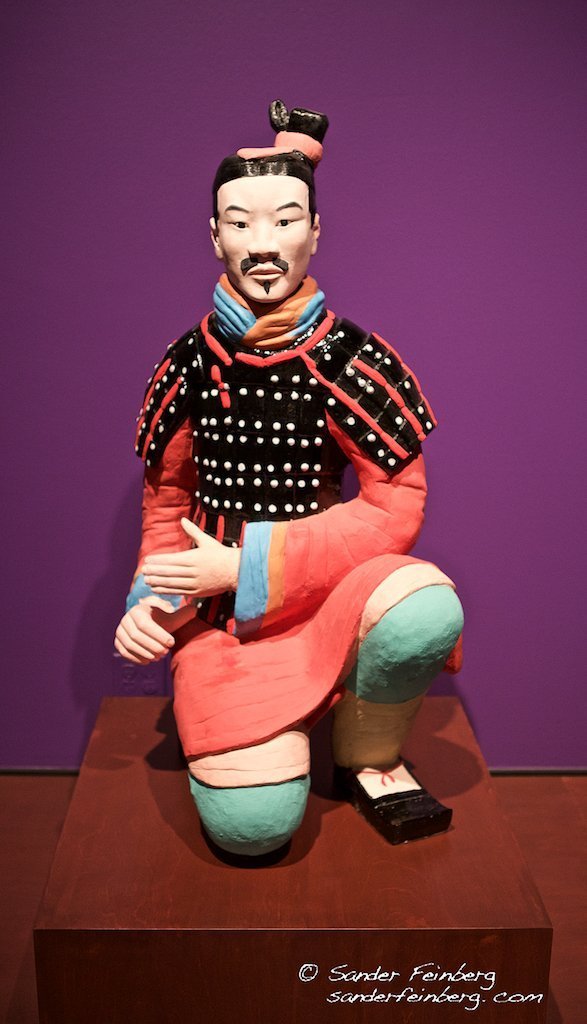 “The world-famous fossil known as “SUE” is the largest, best-preserved, and most complete Tyrannosaurus rex ever found. SUE measures 40.5 feet long from snout to tail and 13 feet tall at the hip. She boasts 58 dagger-like teeth and cuts a fine figure as the Museum’s most popular backdrop for visitor photos. A replica skull crowns the skeleton in Stanley Field Hall, while SUE’s original skull, which weighs 600 pounds, rests within an exhibition on the Museum’s balcony, under a mural depicting this majestic creature in the flesh.”

Here is a full length photo of the beautiful Sue. And a shot of her 600 pound skull which is too heavy to be attached to the skeleton! 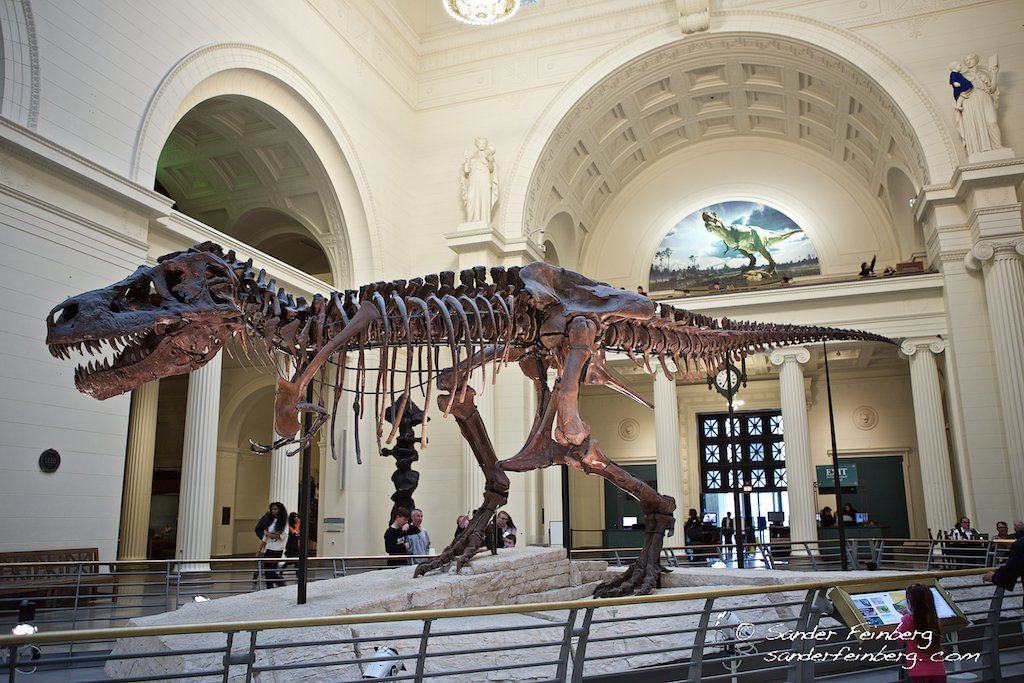 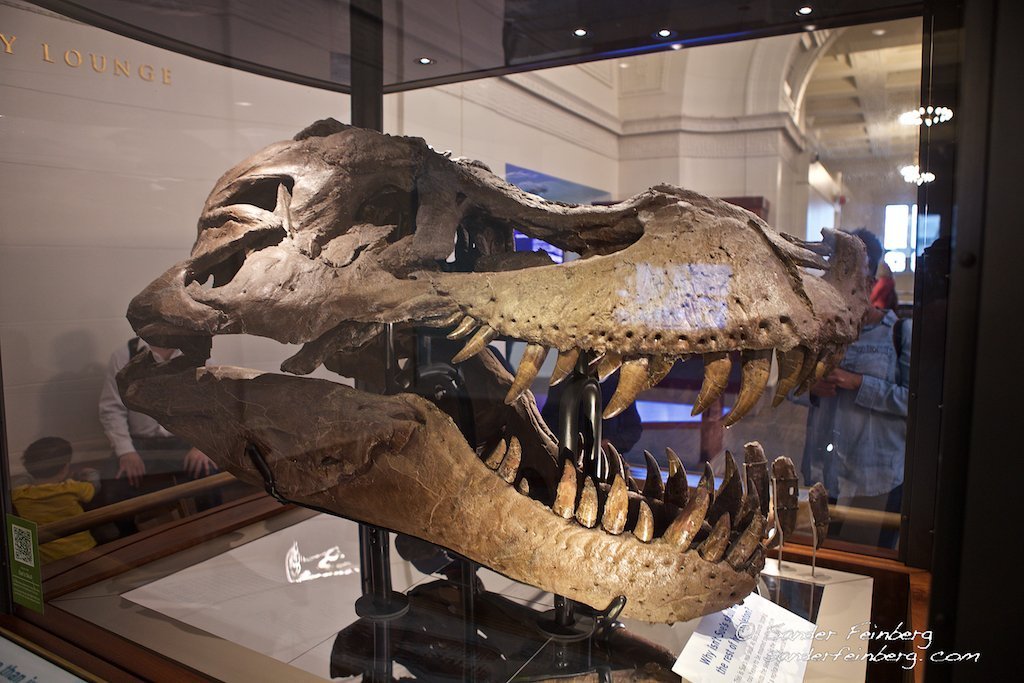