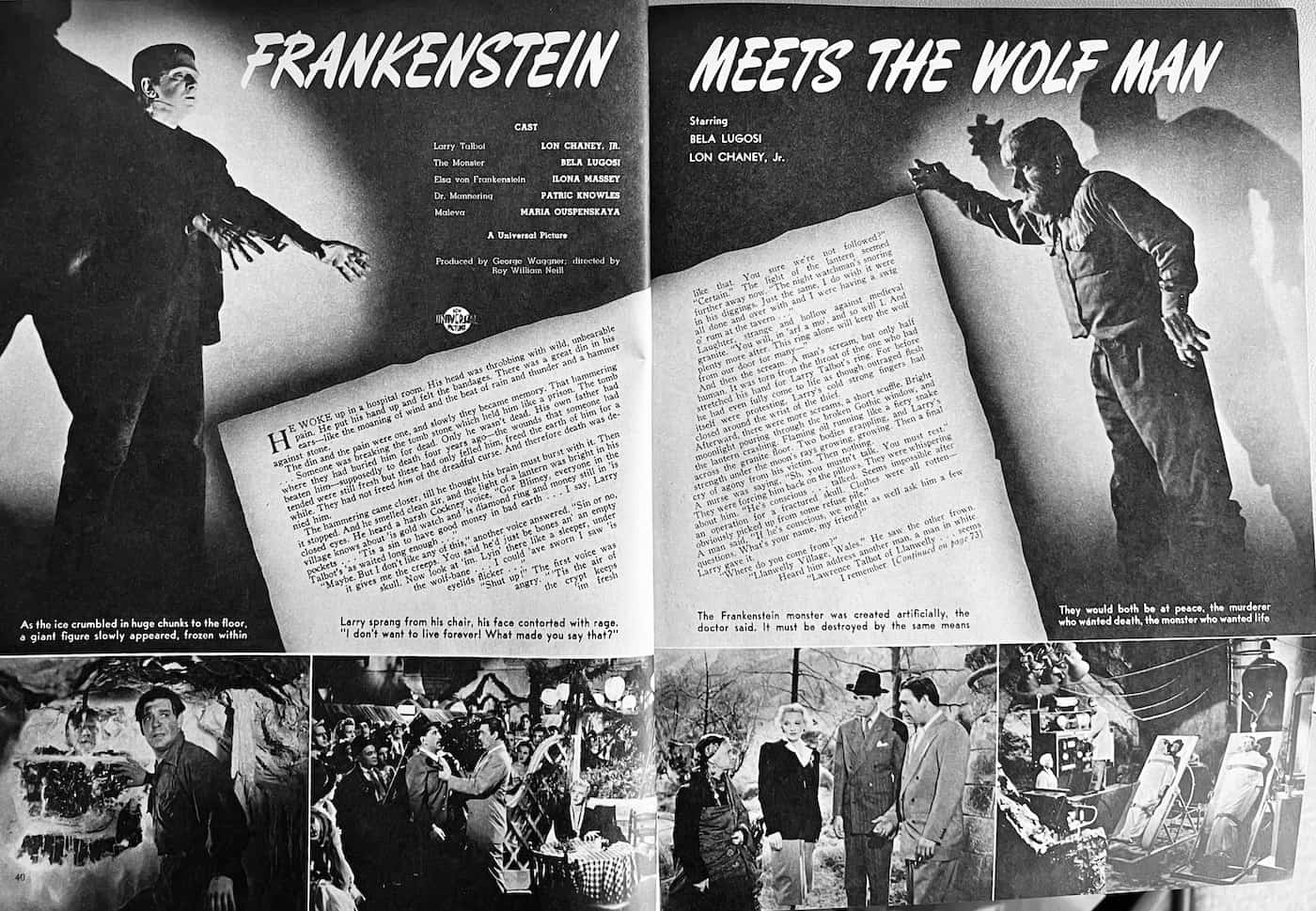 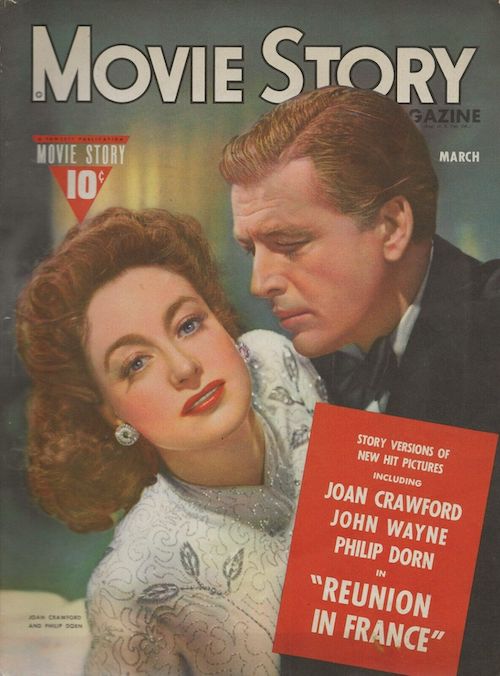 While Amethyst and I were in Seaside, Oregon, I accidentally scored a copy of Movie Story Magazine of March 1943.

Looking through it I found not only an article on Casablanca but also Frankenstein Meets the Wolfman.

The movie was written by Curt Siodmak who also wrote The Wolf Man and 80 more screenplays including many more horror and sci-fi movies.

And the magazine was a steal at $5 instead of the eBay price of $45! It is becoming very challenging finding any Bela Lugosi memorabilia at a reasonable price.

My grandparents were close friends of Bela and Lillian Lugosi.

Read more about my book which talks about their relationship. 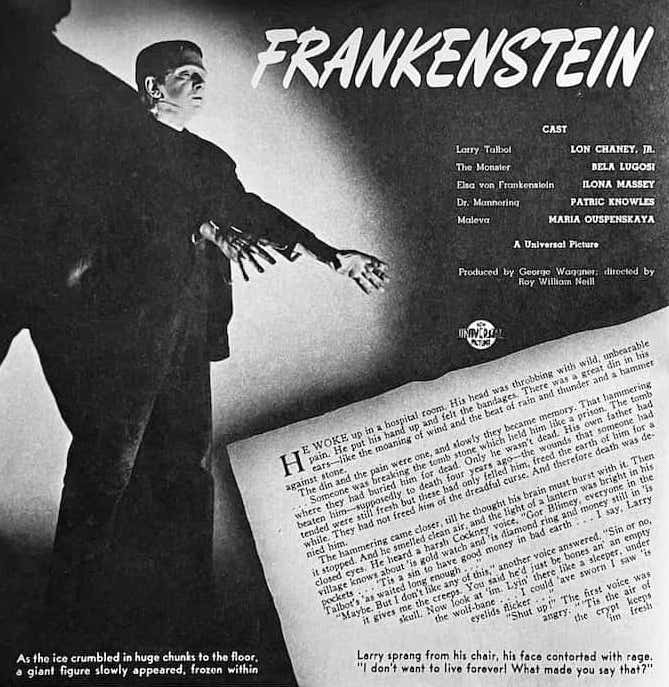 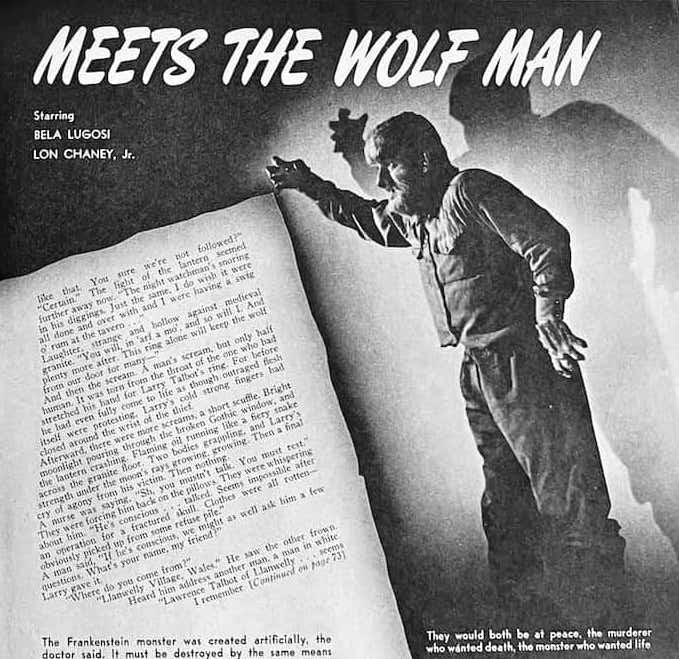