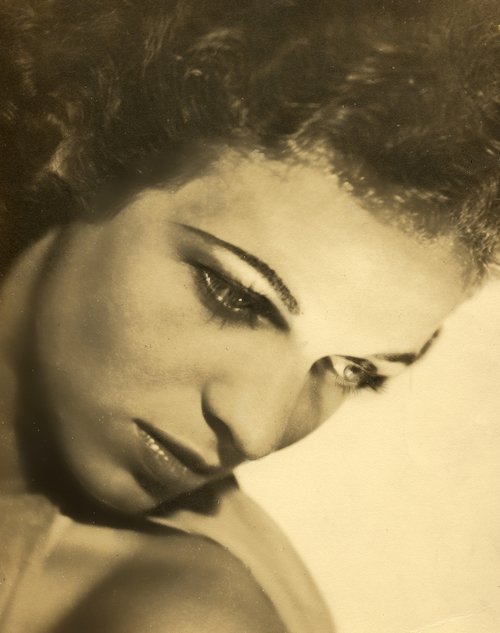 February 13, 2022, is the 107th anniversary of my mother’s birth. She was raised in the Bronx, New York, the daughter of Hungarian immigrants.

Her father, Carl Schwartz (1890—1979), grew up in Sárospatak, Hungary. He was a women’s clothing designer, actor, director and political activist. He is one of the four subjects of my upcoming book.

Memories of My Mom 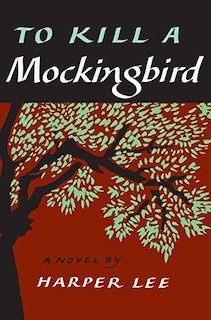 to kill a mockingbird.

It may sound odd, but my earliest treasured memories are sitting with my Mom when she was doing laundry and chatting about all the things I had read.

She was a voracious reader and as you will learn, an actress, so she was especially interested in the arts and literature. It was very affirming to me for my interests and thoughts to be taken seriously. 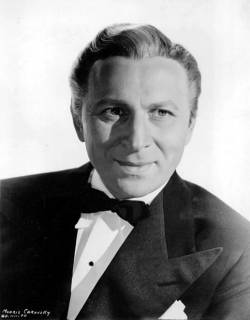 When we moved to New York City, we shared an interest in film and stage. I remember going with Mom to Radio City to see a movie with Cary Grant, likely Charade in 1965.

We also saw Morris Carnovsky perform in King Lear. He was a founder of the legendary Group Theatre in New York and was blacklisted during the Red Scare of the 1950s for refusing to testify against fellow actors. This was very significant to Mom who explained about his background, talent and courage. 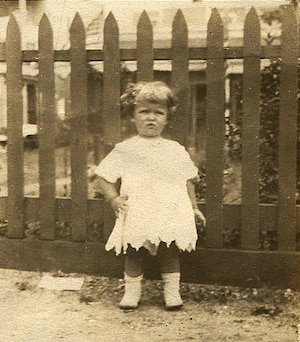 Sylvia in 1917, perhaps before her brother was born. 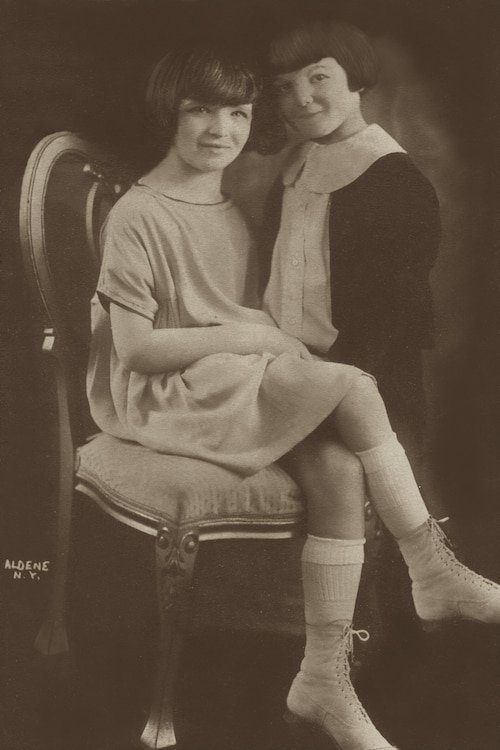 This is Sylvia at age 8 and her brother Gene at age 5, in 1922. The original of the photo at the left was in tatters. I am fortunate that a talented friend of mine restored it. 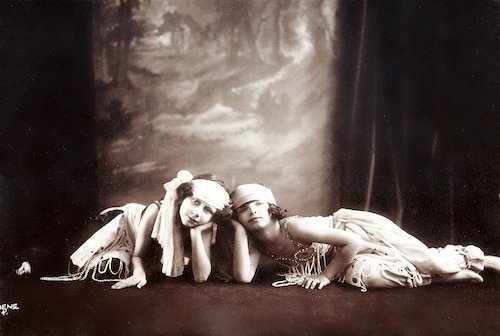 Above is an amazing photo above of my Mom on the right, and her cousin, also named Sylvia, on the left, posing as dancers on a stage.

No one knows the back story, however it was taken at Aldene Studios, the same photographer who took the photo with her brother. Aldene was popular in the 1920s in the theatre district. He seems to have disappeared by 1930. 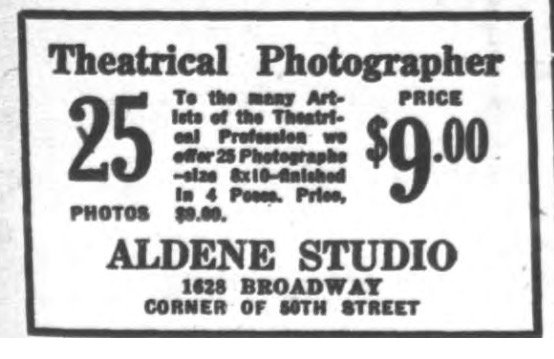 We are fortunate to have found a diary which my Mom began around her 13th birthday in 1928. The first entry shows her early interest in drama. Sorrell and Son was a 1927 silent film which has the distinction of receiving a nomination for Best Director in the first Oscars in 1928. 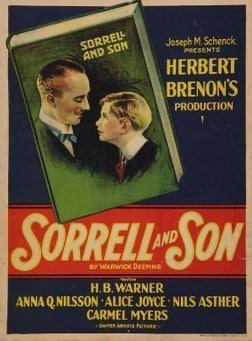 It appears her birthday was a success with eight friends. I am sure Grandma Julia made wonderful food and Hungarian pastries. 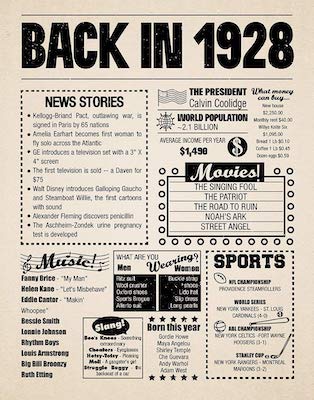 On January 4, 1929, she admires one of the great actresses of the era: Gloria Swanson in The Trespasser, which was her first “talkie.” 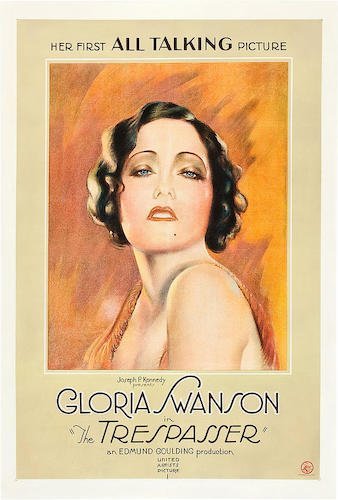 This entry from January 15, 1929, says that she received “an answer from La Gallienne. She encourages us greatly.” She is referring to Eva La Gallienne, famed actress and acting teacher who was Sylvia’s great role model and influenced the lives of many actresses of the time. 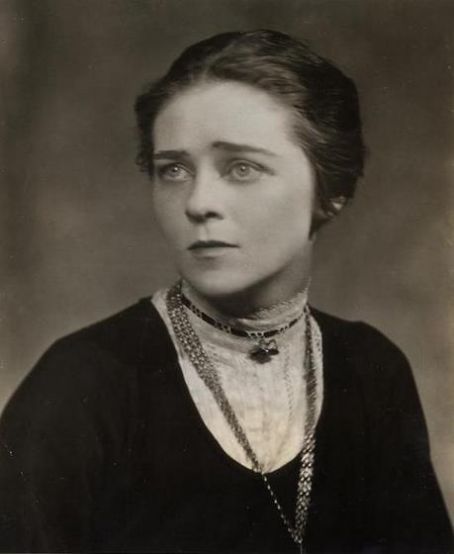 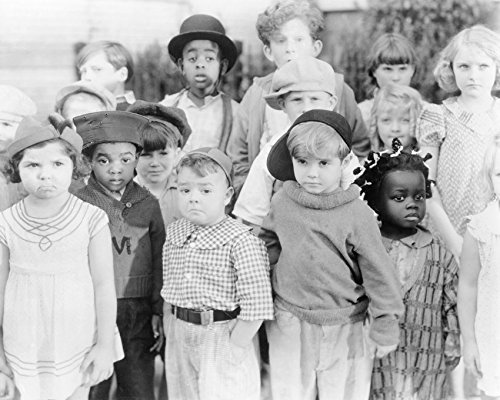 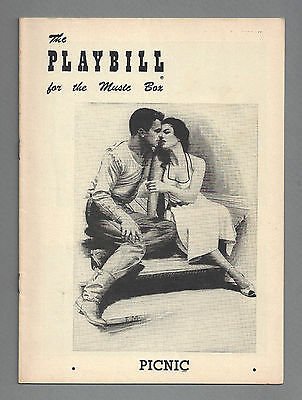 Mom spoke about acting and drama as far back as I can remember. There is even a family story that she was offered a role in the original Our Gang series of movie shorts which began in 1922, but my grandparents were against her working at age 7.

Was she being considered for Darla’s role or for another part? Our Gang was about the adventures and mishaps of a group of poor kids. Although it contained racial stereotypes, it was the first integrated cast with both black and white young actors.

The beautiful headshot shows that my grandparents had changed their mind about her acting as Sylvia became a teenager. She graduated with honors from the Provincetown School of Acting in Greenwich Village.

She performed in live and radio skits for Workers Theatre groups and the Federal Theatre Project in the 1930s. My upcoming book has lots of information on these topics.

The first record I have of her public performance was in 1938 in Tornado, a play by my grandparents’ friend Lajos Egri. Her father directed it and Sylvia was the female lead. Her first husband, Terence Burley also starred. She used the stage name Marki, like my grandfather.

As far as I know, once my parents married, Mom focused on raising a family and put aside her acting dreams. Sometime when I was a toddler, she returned to acting in a summer stock production of Picnic. 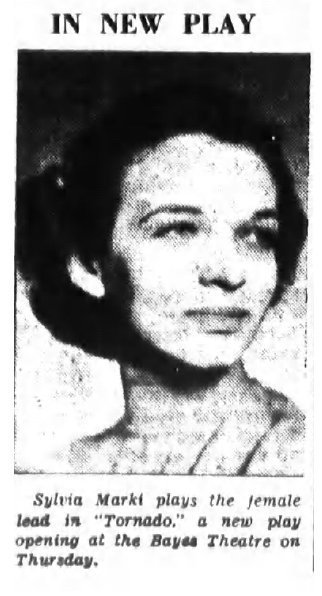 When my parents moved to Florida, Sylvia gave acting workshops and performances. In 1984, at the age of 69, she organized the Huntington Lakes Drama Workshop which according to one participant was “a unique experience in the emergence of self-knowledge and awareness of all of us who attend.”

The workshops became popular and attracted the attention of the Fort Lauderdale Sun-Sentinel as shown in the article at the right.

An article in the April 1, 1987 Palm Beach Post quotes one of the students and then Sylvia:

“We do improvisations, pantomime, exercises in relaxation and concentration and one-minute plays.” Ackerman, a retired English teacher, said. “We even read the telephone directory with love,hate or jealousy. We learn how to become conscious human beings on stage and off, to break through our defensive armor and to release and cultivate the emotional life within.”

Ackerman said it is difficult to define the nature of each session. “is it group therapy, the Method, the Stanislavsky Approach or just simply human encounters?”

Marki-Feinberg agrees: “we’ve got great camaraderie here…people enjoy each other. It has been tremendously therapeutic. Some were so shy, so locked in…you can really see how they have changed.” As director, Marki-Feinberg says she believes “a script does not an actor make.” Feelings are the most effective tools. Directing the workshop “is very fulfilling to me…it’s very rewarding and satisfying.”

Mom and I began working on a small book on her teaching techniques. Then my Dad got ill and we never completed it. 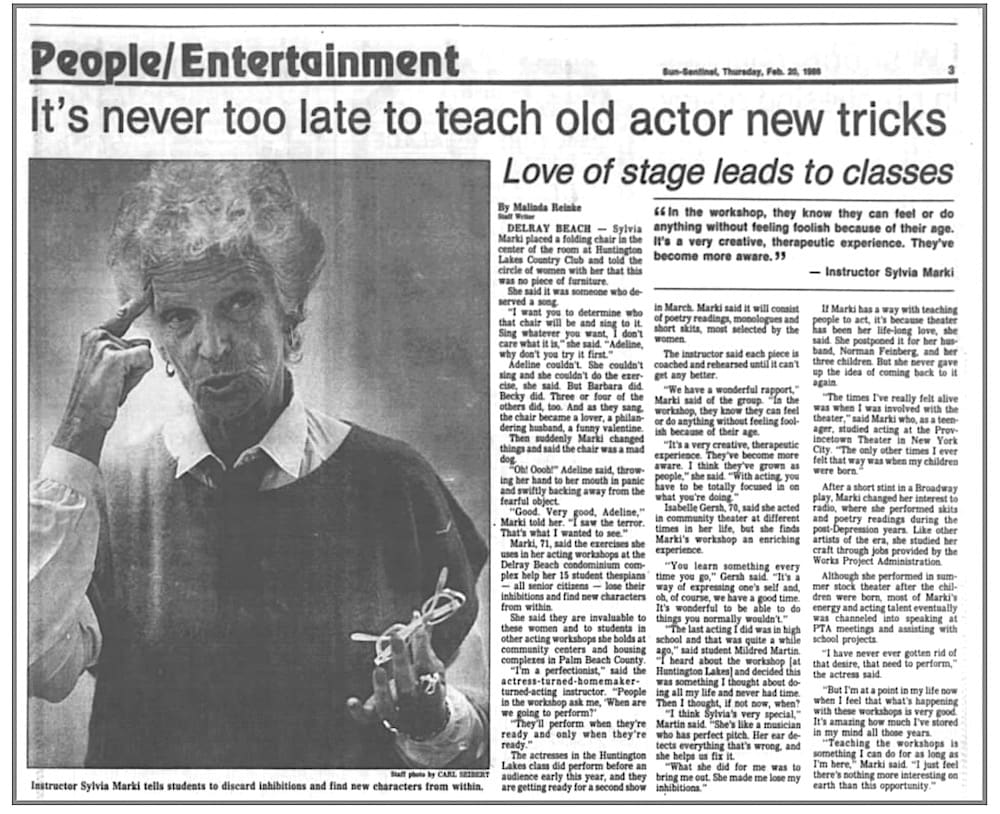 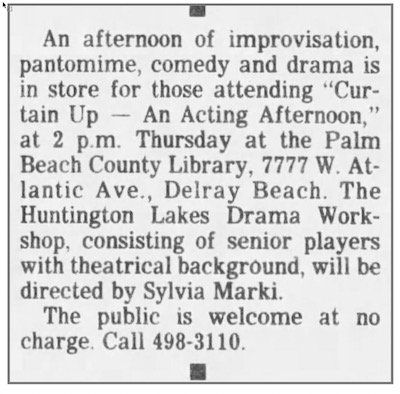 In addition to the workshops, she performed dramatic readings, sometimes with collaborators.

Here is a story about a performance with actor and director Allan Berne in 1987. They performed monologues and then a scene from The Man Who Came to Dinner.

“I love doing all of it, but I especially enjoy two poetry readings I do and Sweet Bird of Youth by Tennessee Williams. It’s about a woman who gives up a stage and screen career because she sees herself getting older. In some ways, I can really identify with it.” 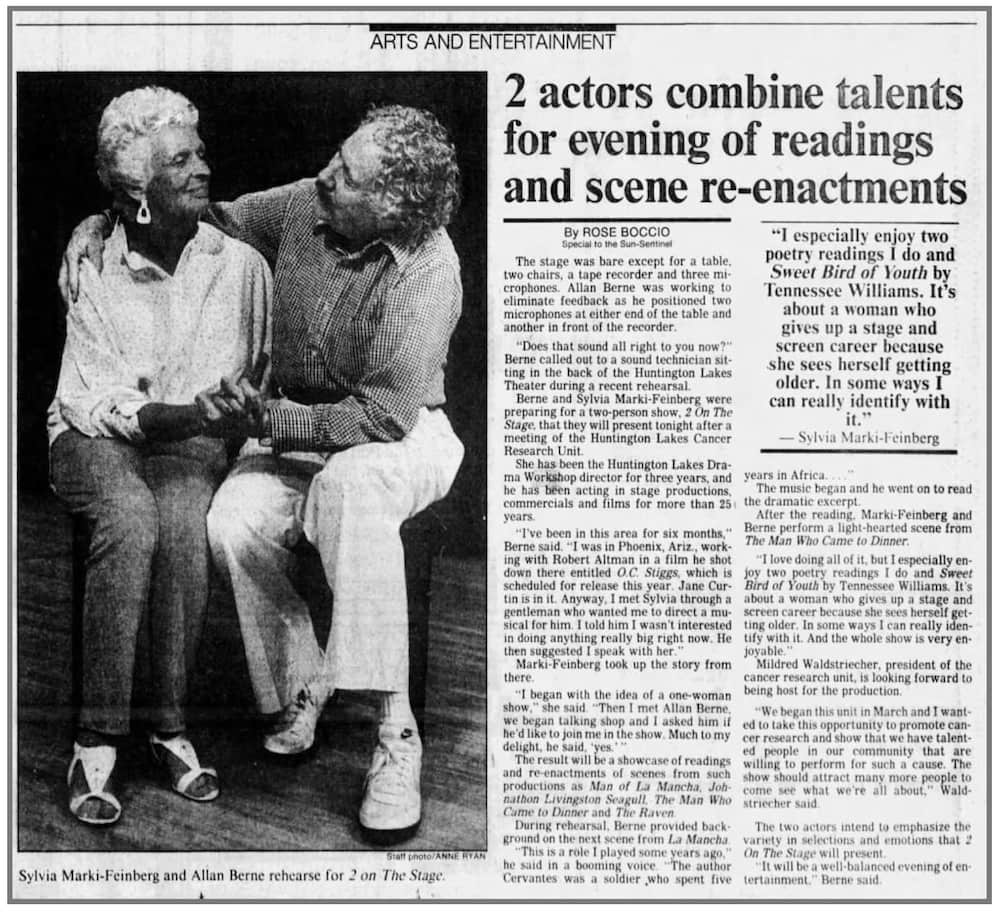 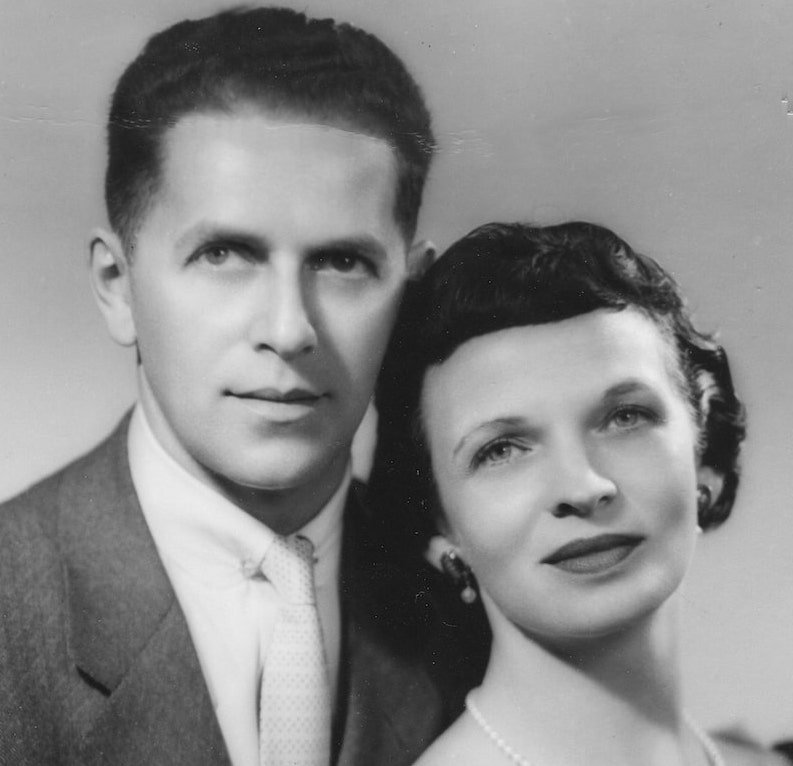 Read about my Dad, Norman Feinberg, and his student activism.

Read about my upcoming book

Beginning with a trip to my grandfather’s ancestral home of Sárospatak, Hungary in 2007, I have been on the hunt for more information about Carl Schwartz aka Kalman Marki. It has been, in some cases, like searching for six needles in six separate haystacks.

What I can say now is my grandfather’s influence was more important than I knew and his connections reached the highest level of the Hungarian government. Perhaps my Mom and Dad knew more. However I believe I have uncovered some information which even they did not know. They certainly did not share it with my sister and brother and me