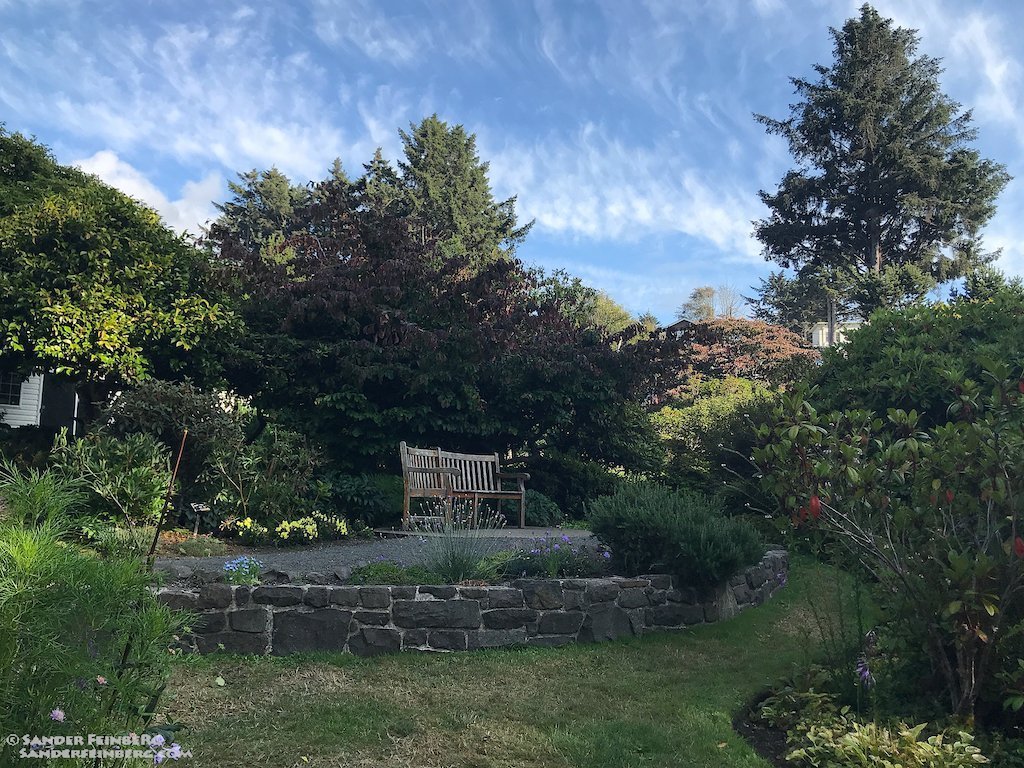 Amethyst and I went to the Connie Hansen Garden in Lincoln City, Oregon. We like to visit it in each season to see what is in bloom.

“Constance P. Hansen was raised in Oregon but later moved to California where she attended the University of California, Berkeley, graduating with a degree in Botany, then marrying and raising a family while pursuing her passion for plant collecting and gardening. In 1973, retired and a widow, she returned to Oregon to look for a damp and sheltered piece of property where she could grow her favorite plant, the Iris. In Lincoln City, she found and purchased her dream location, a small home surrounded by swampy land, originally owned and developed by local artist and painting teacher Maud Wanker in the 1950’s. Some older plants remain from this time, including Rhododendron ‘Cynthia’, now a tree, along with an ancient native Sitka spruce and alder.”

Read more about the history of the garden.

Here are a few iPhone photos. You can view full screen or in a slideshow by clicking any thumbnail.