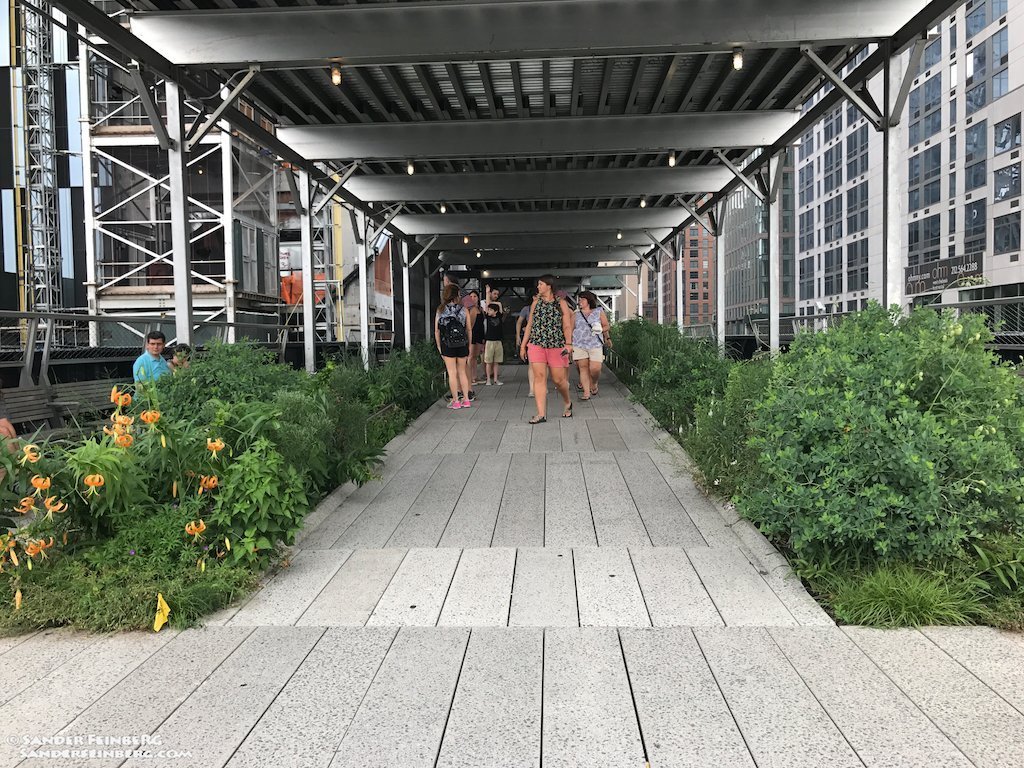 Near the North Entrance

What is the High Line?

Owned by the City of New York, the High Line is a public park maintained, operated, and programmed by Friends of the High Line, in partnership with the New York City Department of Parks & Recreation.

In 1934, as part of the West Side Improvement Project, the High Line opens to trains. It runs from 34th Street to St John’s Park Terminal, at Spring Street. It is designed to go through the center of blocks, rather than over the avenue, carrying goods to and from Manhattan’s largest industrial district.The last train runs on the High Line in 1980.

Between 1999 and 2014, after negotiations and public hearings and a donation by CSX Transportation, the High Line was designed and built as a public park. Then on September 21, 2014, the third and northernmost section on the park, the High Line at the Rail Yards, opens to the public. Friends of the High Line celebrates 15 years of successful advocacy to preserve the entire structure.

This was lightly edited from the original page on the Friends of the High Line website. 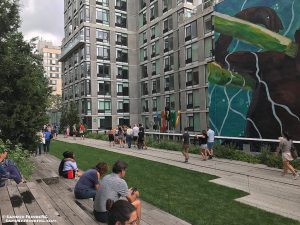 After a long day of walking (around 18,000 steps my Apple Watch said) I wasn’t really in the mood to walk much more. We finally found the northern entrance. And what a remarkable experience it was. After a frozen treat, we walked through lovely gardens on the elevated walkway which seems to be floating between the tall buildings. 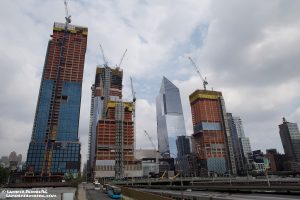 There is a new set of enormous building going up over the old railway yard containing both commercial and residential spaces. It is all very impressive and a bit visually overwhelming. 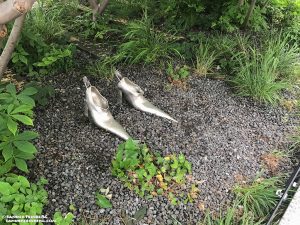 Sculpture, large murals and even tiny bits of art on the ground. 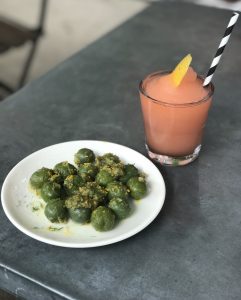 After an hour and a half, we needed a “bio-break” and walked down around 29th street and a coffee shop owner suggested we go to the High Line Hotel. This is a very cool boutique hotel which was built in 1895 as a seminary campus. There is still a Catholic residence behind it. We had a snack and adult beverages at the 180 Tenth Garden Restaurant which we recommend. It is open seasonally so call in advance.

Enjoy a few photos below and definitely take a stroll when you visit New York.